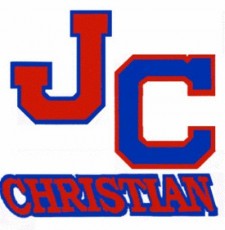 After two weeks of no change in the NUC Sports National High School Top 25 a couple of ranked schools succumbed to the loss column. Falling out of the Top 25 is St. John Bosco (Calif.) and Clinton (Miss.).

"Bishop Gorman and Tate Martell continue to dominate after winning their 48th game in a row in impressive fashion."

After two weeks of no change in the NUC Sports National High School Top 25 a couple of ranked schools succumbed to the loss column. Falling out of the Top 25 is St. John Bosco (Calif.) and Clinton (Miss.).

The Braves fell 26-21 to Mater Dei (Calif.) earning their second loss of this season; thus by rule are no longer eligible for entry in the Top 25. The Arrows fell 50-32 to Warren Central (Miss.) earning their first loss of the season.

Moving into the NUC Sports Top 25 is The Woodlands (Texas) and Loyola Academy (Ill.). The Highlanders come in at #24 and the Ramblers make their entry at #25.

In a battle of South Dallas Metroplex supremacy DeSoto (Texas) knocked off Duncanville (Texas) 41-17. Eagle signal caller Shawn Robinson was 16 of 29 for 265 yards and two touchdowns. He also ran the ball 14 times for 86 yards and two scores in the victory. For his superior performance Robinson earns the NUC Sports National High School Top 25 Player of the Week.

Last Week: Tate Martell accounted for four scores and the Gaels won their 48th game in a row versus a Nevada School in their 71-0 win over Desert Oasis.

Last Week: The Stags pitched their first shutout of the season in their 42-0 win over Archbishop Carroll, VA.

Last Week: Matt McDonald was nine of 10 for 199 yards and four touchdown as the Diablos torched Trabuco Hill, CA 68-0.

Last Week: Anthony Presto ran for 124 yards and one score in the Hawks 35-23 win over Mountain View, GA.

Last Week: Bubba Thompson was 15 of 28 for 277 yards and five touchdowns in the Yellow Jackets 43-7 win over Theodore, AL.

"It was my plan to give athletes the forum to utilize their athletic ability in football to put themselves in a position to get a college degree," says Schuman.