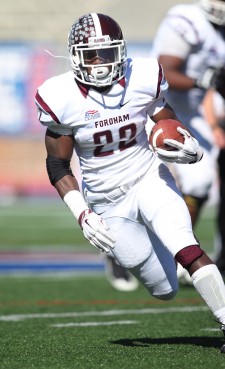 Quarterbacks have won this award 11 of the last 12 years. Last Year Eastern Washington receiver Cooper Kupp broke the quarterback streak becoming only the second wide out to ever win this prestigious award; the first being Brian Finneran in 1997.

In version 1.0 of the 2016 NUC Sports FCS Offensive Player of the Year Watch list, we start out with ten. There are four quarterbacks, three wide receivers, two running backs and one tight end. The conference breakdown goes like this MVFC (3), Patriot (2), SoCon (2), Big Sky (1), MEAC (1) and Southland (1).

"This year's NUC Sports FCS Offensive Player of the Year Watch list is once again nothing short of exceptional."

Quarterbacks have won this award 11 of the last 12 years. Last Year Eastern Washington receiver Cooper Kupp broke the quarterback streak becoming only the second wide out to ever win this prestigious award; the first being Brian Finneran in 1997.

No tight end has ever won the Walter Payton Award or Offensive Player of the Year. But make no mistake, Dallas Goedert of South Dakota State is having an incredible season.

In the top spot is sophomore signal caller Gage Gubrud of Eastern Washington. He currently leads the nation in passing yards and points responsible for. Two other Eagle quarterbacks have won this award Erik Meyer (2005) and Bo Levi Mitchell (2011).

Second is prolific all-purpose back Chase Edmonds of Fordham. Edmonds leads the nation in rushing yards and rushing touchdowns. He is also second in the county in all-purpose yards. Jamaal Branch and Kenny Gamble of Colgate both won this award representing the Patriot League.

Coming in at #3 is Sam Houston State quarterback Jeremiah Briscoe. Briscoe leads the nation in passing efficiency and passing touchdowns. Jeremy Moses (2010) of Stephen F. Austin is the only Southland Conference recipient of the Offensive Player of the Year.

This list will be updated weekly with current stats and statistical rankings.