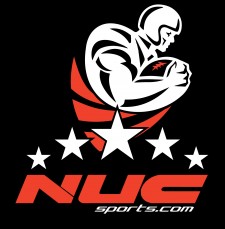 The #1 football program in the USA is back running football camps to get athletes recruited for its 12th year.

New York, NY, October 4, 2016 (Newswire.com) - NUCSports.com announced and released its schedule for 2017 year for its football camps and combines. The #1 football program in the USA for combines, camps and getting athletes recruited exposure and evaluation announces its 12th season. NUC Sports has camps and combines that are designed to help athletes be recruited for college by getting validated times, measurements and skill evaluations that is sent to every college in the USA.

"It was my plan to give athletes the forum to utilize their athletic ability in football to put themselves in a position to get a college degree."

"It was my plan to give athletes the forum to utilize their athletic ability in football to put themselves in a position to get a college degree," says Schuman.